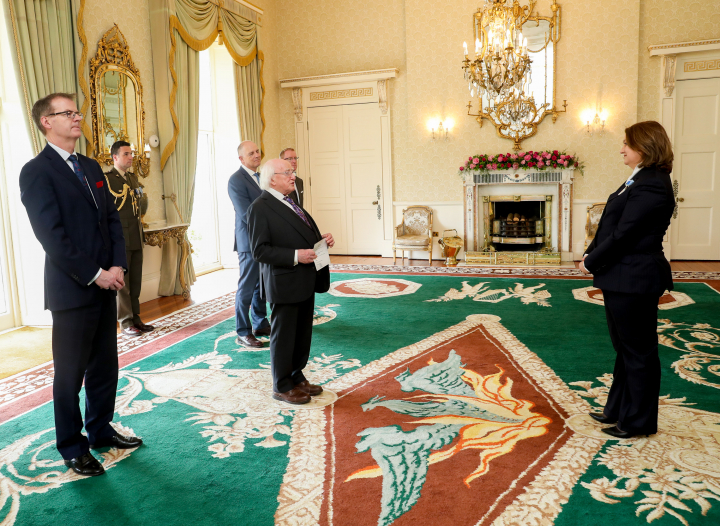 When another country wishes to appoint a new Ambassador to Ireland the Government must agree to that appointment.  An accreditation ceremony subsequently takes places at Áras an Uachtaráin.

The formal exchanges of greetings between the new Ambassador and the President gives them the opportunity to get to know one another and also to convey messages between the authorities of the respective states.

H.E. Ms. Raili Lahnalampi, Ambassador of the Republic of Finland was accompanied by her husband, Mr. John Horgan and by Ms. Anne Mutanen, Counsellor, and Deputy Head of Mission.

H.E. Mrs. Gergana Karadjova, Ambassador of the Republic of Bulgaria was accompanied by her husband Mr. Ilian Karadjova, and by Mr. Svetlozar Panov, Minister Counsellor and Head of Consulate Service.

H.E. Mr. Francis Rene Blain, Ambassador of the Repulic of The Gambia, travelled from London for the event.

Mr. David Stanton, T.D., Minister of State for Equality, Immigration and Integration, represented the Government at the ceremony. 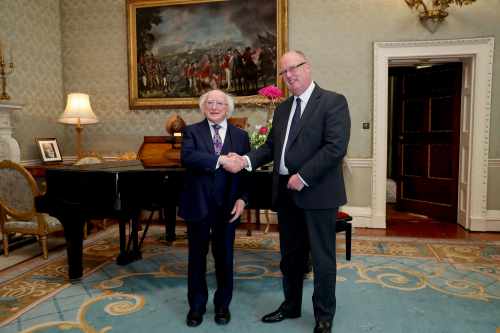