Her Excellency Ms. Mari Skåre, the Ambassador of the Kingdom of Norway, and His Excellency Mr. Paul Johnston, the British Ambassador, presented their Letters of Credence to the President at Áras an Uachtaráin today.

The ceremonies were conducted in full compliance with Covid-19 public health guidelines, including physical distance requirements.

Mr. Charlie McConalogue, T.D., Minister for Agriculture, Food and the Marine, represented the Government at the ceremonies. 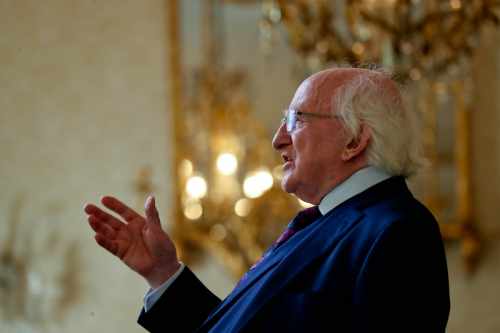