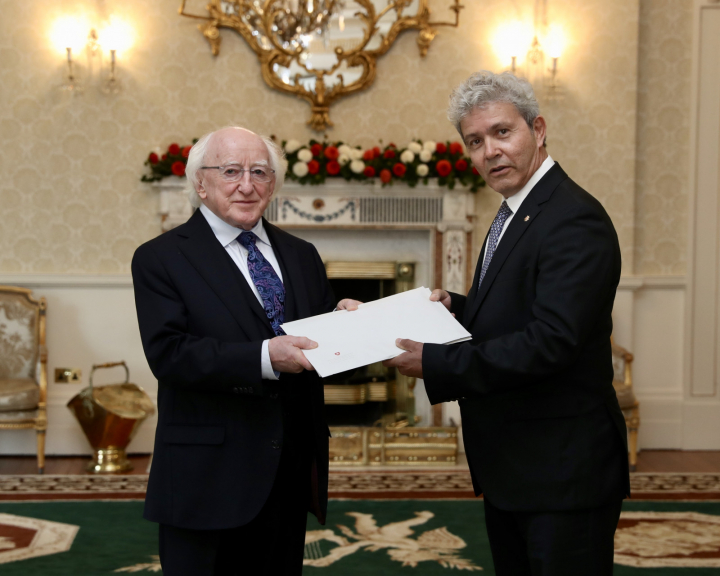 Their Excellencies, the Ambassadors of Switzerland, the Democratic People’s Republic of Korea and the Republic of Tunisia presented their Letters of Credence to the President at Áras an Uachtaráin today.

H.E. Mr. Nabil Ben Khedher, Ambassador of the Republic of Tunisia was accompanied by his spouse, Mrs. Maha Ben Larbi;

Minister Damien English T.D, Minister of State at the Department of Housing, Planning and Local Government with special responsibility for Housing and Urban Development represented the Government at the ceremony.

The Ambassadors were accompanied to and from Áras an Uachtaráin by an Escort of Honour consisting of a motorcycle detachment drawn from the 2 Cavalry Squadron, Cathal Brugha Barracks, Dublin, under the command of Lieutenant Grattan O’Hagan.

A Guard of Honour was provided at Áras an Uachtaráin by the 2 Brigade Artillery Regiment, Custume Barracks, Athlone under the command of Lieutenant Brian Clarke. Captain Fergal Carroll conducted the Army No. 1 Band, Cathal Brugha Barracks, Dublin.

President receives Michael J Griffin on a courtesy call, who will present the new Cambridge edition of the Letters of Oliver Goldsmith 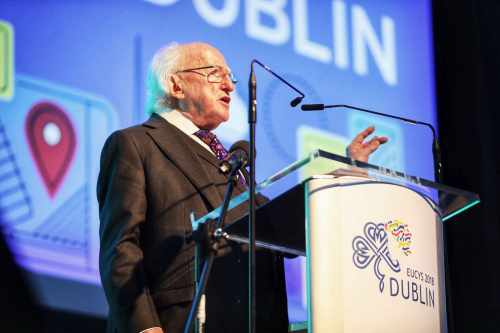