Ba mhaith liom mo bhuíochas a ghabháil libh uilig as ucht an fáilte chroíúil a dhearadh sibh romham agus as ucht an cuireadh dom a bheith in bhur dteannta inniu chun an ócáid suntasach seo a chéiliúradh libh.  Agus, gan dabht, is ócáid thar a bheith suntasach í seo ní amháin d’Ionad Saor Chomhairle Dlí, ach do mhuintir na hÉireann uilig, agus go háirithe iad siúd a bhain tairbhe díreach as an comhairle agus cabhair a bhfuaireadar ó na fir agus mná a a rinne an cinneadh sin cabhair a thabhairt dá gcomh-shaoránaigh thar an leathchéad bliain atá imithe.
I am delighted to be here today to celebrate the fiftieth anniversary of an organisation that has contributed so much to the achievement of a rights-based legal system in Ireland. I thank Eilis Barry for her kind invitation to be here, and all of you for that most generous welcome.

We also celebrate, today, the official opening of FLAC’s new premises here in Upper Dorset Street. Of course, this building has a special historical significance – as you are all probably aware the playwright Sean O’Casey was born on the original site in 1880 and I am delighted that Shivaun O’Casey, the daughter of Sean O’Casey, has been able to join us here today.

The establishment of FLAC in 1969 by four students wishing to use their skills and knowledge to provide legal advice to those who could not afford to pay for it was not just an act of great generosity on the part of Denis McCullough, Ian Candy, David Byrne and Vivian Lavan but also a profound ethical action, a critical moment in Ireland’s journey towards a genuinely inclusive democracy, a journey that is unfinished.   Sean O’Casey’s spirit with its voice for workers and the excluded must be happy at today’s event.

The founding group came together with the ultimate objective of influencing the national government into instituting a more comprehensive plan that afforded civil legal aid for those who needed it.  But with the interim objective of ensuring that as many members of the public, as voluntary resources would allow, would be provided with legal representation, advice and information.

An effective judicial system, that is equally available to all, is a basic tenet of a functioning society, and access to justice is a basic human right. Indeed, the Universal Declaration of Human Rights states that:

“everyone has the right to an effective remedy by the competent national tribunals for acts violating the fundamental rights granted him by the constitution or by law”.

Access to legal aid then, surely, is a crucial requirement of access to justice, and justice for all must lie at the very heart of any democratic society.  A nation that aspires towards true equality, could not be satisfied with a system of justice that is reliant on the earning power of those who seek to access it, or accept a situation where those who cannot afford to pay for justice can be more easily deprived of their liberty, or for a view that a fair trial is a commodity is a right limited to one’s capacity to purchase it.

When the Legal Aid Board was established under the Civil Legal Aid Act of 1995 it was with the clear intention that citizens of “insufficient means” would not be denied access to necessary legal services and could legally enforce their economic, social and cultural rights.

This was an important step forward in a State that invokes principles of equality and social justice, because there can be no doubt that those who are most vulnerable and marginalised in our society are also those citizens who are most at risk of encountering legal difficulties and most in need of a justice system that is accessible and that operates in the best interests of all.

The homeless, the poor, those with a disability or who suffer from mental illness, immigrants, lone parents and those living or growing up in disadvantaged communities encounter many more legal problems than the rest of our population.

They are often problems that could be easily resolved with access to timely legal advice.  Yet, because such access is denied, and many barriers are placed between disadvantaged citizens and legal assistance, they so often escalate into situations that profoundly impact on the well-being, self-esteem and security of an individual and their family, casting long shadows and having far reaching implications.

When vulnerable citizens are abandoned to navigate a complex legal system alone, they are experiencing a grave injustice – an injustice which can deprive them of an income, a roof over their head or their freedom and liberty; an injustice that can exclude them from employment or education; an injustice that can deny them access to their children or reunification with their family and an injustice that, in so many ways, can push citizens further and further towards the margins of society.

It is, indeed, worrying to know that figures released last year by the Irish Penal Reform Trust to the Oireachtas Education Committee showed that the majority of those currently in Irish prisons have never sat a State Exam, with over half having left school before the age of fifteen. It is also revealing that prisoners in Ireland are twenty-five times more likely to come from deprived communities, indicating a very clear link between social disadvantage and crime and punishment.

It is striking to me, as a sociologist, how the stark difference in how families from difference classes, and their younger members in particular, envisage what society means for them.  For some, it is a future rich with possibilities.  For others it is to be a life of anticipated fear of failure.

We know that the biggest problem with regard to access to justice is the prohibitive cost of being involved in legal action. Indeed, there can be very few citizens who do not know someone who was unable to obtain legal advice or court representation for the simple reason that they could not afford it. Sadly, the cost of civil legal aid has increased, while in some parts of Ireland waiting times for initial and follow up consultations can be excessive

We know that a right to justice is fundamental to human rights protection, a primary element of an individual’s entitlement as an equal citizen of any state. It is simply not acceptable, in a state that claims to be a democracy, that the most vulnerable section of our society is unable to access our legal system or is prevented from doing so in a timely manner. That is a situation which damages the very fabric of our society, entrenching and exacerbating inequality. At the very roots of democracy lies a respect for all citizens and a refusal to foster a culture of privilege and advantage for those who can afford it.

If we are to achieve a Republic in its fullest sense, both institutional and experiential, it must be founded on a profound spirit of generous humanity and a necessary inclusiveness.
It is such a spirit that led to the establishment of FLAC fifty years ago and has seen it grow and develop to an organisation that today provides legal advice and information directly through sixty-six clinics across the country. The demand for FLAC’s services continues to increase and I was most impressed to learn that, in 2018, you provided legal information or advice to 25,238 members of the public.

FLAC were, of course, represented on the Pringle Committee which lead to the establishment of the Legal Aid Board in 1990, while your establishment of the Public Interest Law Alliance was also an important milestone, and has covered significant issues including the gender pay gap.

I know that FLAC will continue to campaign and work through advocacy, casework and analysis of legal and social issues to eradicate social and economic exclusion in Irish society.

As President of Ireland may I express how deeply grateful I am for your generous and altruistic work and for the outstanding contribution you make towards the creation of a fairer and more just society, those working for an inclusive republic are to you.

May I acknowledge again the dedicated and generous work of that most important part of the FLAC organisation – the volunteers.

Can there be any better way of giving delivery of your professional competence than to make it available to those of our citizens in need of it? Your commitment and generous sharing of your time, skills and talents has had a profound impact on the lives of many and you are all a valuable and uplifting example of participative citizenship and democracy, reminding us of all that is most hopeful in Irish society.

In that context, allow me to make special mention of just a small number of people who illustrate this quiet and unrelenting commitment to justice. Although, as I have said, the strength of FLAC lies in its network of volunteer professionals and its committed members of staff, I believe that Peter Ward SC and Don Crewe deserve a special word of thanks, in recognition for their steadfast dedication and their many years of uninterrupted service to the organisation.  Thanks also to Catherine Hickey, the Director of Funding for her valuable work.

It is a privilege to be here today. May I thank you, once again, for welcoming me so warmly and wish FLAC every success in this lovely new premises as you continue with your vital work. 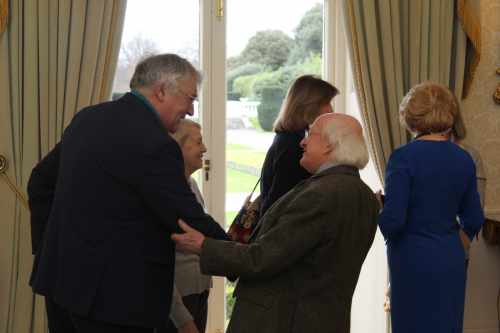 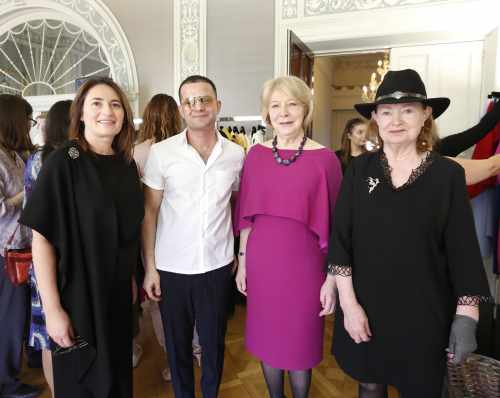